Constructively handling a marital conflict is one of the most burning issues for couples in modern societal cultures. Equality in power and the growing separation of the family unit force partners to rely on each other more and share decision-making responsibilities across many aspects of life. Roles and rules are in constant negotiation and exploration. To get it right is a work of art.

Partners constantly invent their own ways of dealing with differences, and in doing so create their unique family culture.

So, what culture are you creating in your relationship?

There is much for us to learn from each other and from research about ways that have proven more effective and constructive for handling conflicts. Let’s look at these ways with respect to each stage of conflict – before, during and after.

Ways to reduce the frequency and negative impact

Invest in maintaining closeness – couples often wrongly believe that they are angry and fighting because of what just happened, but that which has not happened in recent months will also determine the negative energy of the fight. That is, the lack of connection. The best way to guarantee a softer and more constructive tone is by nourishing the closeness and trust. This can only happen if partners intentionally invest time and energy to engage in activities that bring them closer- the good feelings they create will set the tone of the next conflict.

Normalise your expectations – When a relationship is alive and both people feel fully and freely able to express themselves, you can expect clashes from time to time. Harmony in relationship is a noble wish, but may look different than you imagine.  A relationship is something dynamic, which requires ongoing adaptation- an attitude of learning from each other and growing together will help you adapt easier.

Negotiate your rules and roles – just as laws keep our social life more predictable and safe, so the rules and agreements in areas of disputes between partners can reduce the frictions in relationship. This can include house chores, disciplining the kids, spending money etc. Partners need to clarify their values, needs and expectations in those areas of dispute and talk openly about their frustrations until they reach some resolution. To suppress and resign with a sense of unfairness is a recipe for growing resentment.  If you get stuck in an unproductive cycle of arguing consider using a third party: a counsellor, priest/rabbi or a family member.

Acceptance – Gottman, the renowned couples researcher, tells us that 69% of conflicts are never resolved. He encourages partners to distinguish between perpetual and solvable issues and invest more in the solvable ones. We know intuitively what we can and what we can’t expect from our partner and need to learn how to accept the limitations. Acceptance and letting go might feel temporarily sad and you may resist that, yet you should ask yourself how much better anger and criticism have worked.

The paradox is that partners are more willing to take steps to adjust their behaviours when they feel accepted.

Attribution – the meaning you attribute to the behaviours will shape your emotional reaction. In most cases I see partners as having good intentions to care for one another, but they are often blamed for their mean spirit or character weaknesses. You want to assume that your partner operates from lack of awareness, lack of skills or poor understanding of your needs rather than from a mean spirit. If you accept this premise you should take responsibility in helping your partner to better understand and see your needs.

Handle it with care

No harm principle – Conflicts can trigger deep-seated fears of abandonment, failure, loss, violence and many more negative experiences. These fears can be extreme and intense, and flood your body with rage or panic.  When emotions are running high you are both at risk of causing harm to each other. Many professionals suggest sophisticated communication techniques such as active listening or empathy. If you are capable of doing so during your intense fear of anger you are quite extraordinary. I doubt if ‘experts’ themselves do so.  So the best outcome we aim at is leaving no injuries behind. Make it your ‘religious’ rule:  there shall be no harm. Always stick to the principle of unconditional respect. Beware not to turn your frustration into a personal attack on perceived character flaws of your partner.  Sticking to the issue, not to the person, is one great hallmark of successfully handling the conflict.

De-escalating – the nature of some bitter ongoing conflicts is running in loops: partner A triggers a reaction in partner B and this reaction in turn will trigger another in partner A, with each becoming an even stronger reaction, and so on.  The challenge is to de-escalate. Even one partner’s choice is enough to temporarily break the negative loop! 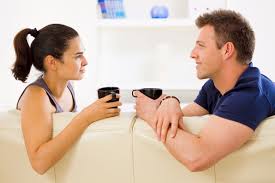 We need to get creative here: Suggest a timeout and promise to get back to the topic later, ask your partner what exactly she/he wants, use humour to defuse the situation, go quiet and try to self-soothe, offer to consult someone external about the issue of dispute.  Gottman prescribes brief statements such as “can we take a break?” “please be gentler with me” “I need to finish what I was saying” “hang in there, don’t withdraw”. See the full downloadable list in this PDF. (Gottman also suggests having a print out to hang on the fridge…).

If you are familiar with the practice of mindfulness try to focus attention in the now, in the body sensations. Even a split of second of centering in the present moment will have a calming effect and will delay the reactivity. Non-reactivity is ultimately how we de-escalate.

Dare to be vulnerable – while also being the most challenging and complex, I regard this to be the most helpful way of being in a satisfying relationship. Daring to be vulnerable means to share authentically the soft feelings of worry, sadness, frustration or hurt before they turn into their aggressive and defensive mode of anger or resignation.

It is an invaluable relationship skill when you are able to speak the soft voice of the heart instead of the inauthentic strategies of control such as withdrawing, defending, blaming or attacking, brought about by the head. When partners speak the vulnerable side, it is as if they are advocating for an injured child within: they speak her/his needs and feelings. It can sound like this: “I need… I am sad about… I felt hurt when … I was disappointed…I was really frustrated when… I am not sure how to say that…” 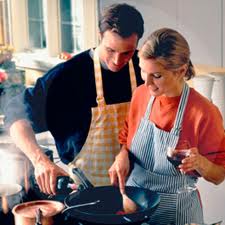 arning, the possibilities for growth and the steps you need to take in order to make it happen. I recall a study that assessed hundreds of couples in a time of crisis. Five years down the track they compared the group of partners who stayed together with the group of those who separated. They found that partners who coped with the crisis and stayed together reported higher levels of life satisfaction. I have met many couples that came back from the brink to then raise their relationship to new levels of satisfaction. You need to have the faith that it is possible and the means (e.g. counselling) to get there.

Repair attempts – Gottman says: “Repair attempts are the secret weapon of emotionally intelligent couples even though many of them are not aware that they are doing something so powerful”. These couples become experts at sending and receiving the cues of repair attempts.

This phase in the conflict is extremely underrated. Most partners do it naturally but under-appreciate their skills. We are often biased to look at the causes of problems and overlook the causes of solutions or success. The repair attempts are the resilience of your relationship.  They are similar to how we bounce back from any other setback in life. Are you taking your setbacks /failures as a testimony to your character flaws or as an opportunity to learn and grow?

Partners with a sense of shame, insecurity or inadequacy will engage in interactions aimed at protecting their fragile self-image. They often get stuck in disputing who is right and who is wrong.

Partners who operate from a growth mindset tend to see the conflicts as part of the ongoing adaptation and learning. Their attitude of humility and openness leads to more accommodating and acceptance. They are more willing to engage in acts of repair such as saying sorry, acts of kindness, gentle expressions of affection and more.

I believe our conflicts are the hidden storytellers of what really matters to us on our deepest level: freedom? justice? connection? giving?

If we listen carefully we may reveal that behind the darkness there is light.