When Trump calls certain aspects of reality “Fake News”, he knows something that we often refuse to acknowledge: what ultimately matters is not what really happened, but how you tell it. The power is not in the facts, but rather, with whomsoever controls the narrative.

What makes us vulnerable to narratives?

Our psyche is desperate for a narrative because of two primal needs: for security and for hope. These two needs make us receptive to the two kinds of ‘fake’ news: protective and seductive news.

The protective news is seen as the ‘bad’ news. It aims at warning you against danger and is about your survival and security. This is what makes it so powerful. You hear this news most commonly from lawyers, doctors, army officers and… the media.  People using protective news are often perceived as more credible and intelligent. 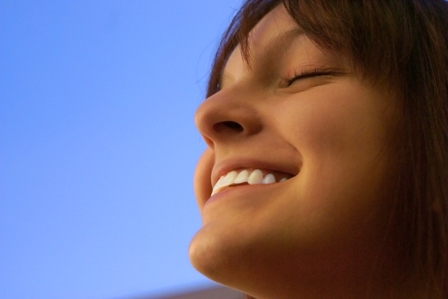 The seductive news refers to the ‘good’ news. It aims at creating hope and pleasant feelings. It excites and inspires you with new possibilities. This news promises a better future. It is the art of marketing. It is how religions operate (life after death). You are more receptive to ideas about the things you want badly – money, success, love, peace, and happiness.

The two main political parties in democratic nations are divided on the narrative they promote. Generally, if you are a traditionally left voter, you are more receptive to seductive news, while right voters are more receptive to the protective news. Young people are more naturally driven by hopes and possibilities, which explains why they are more inclined to vote left.

But what if facts clash with your narrative?

So, you hold a narrative about yourself (“I am kind, successful, smart, healthy…”), your relationship (“s/he loves me, s/he cares…”), your job, your political party, and then… reality weighs in.  Reality mostly strikes particularly hard during the early stages of a new life situation: new love, new family, new country, new job, or new house. We start out with high hopes but reality gradually wears them down. You experience intense discomfort. Your core beliefs are shaken.

What do you do? 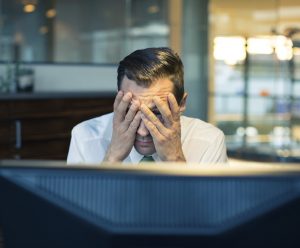 You resist, argue, fight or blame. Alternatively, you avoid, resign, numb out, deny, or twist the facts altogether in order to fit your narrative. The truth falls victim to your coping strategies.

Unfortunately, reality doesn’t really care about your coping strategies. It is what it is. Your strength is in how you meet this reality.  The greatest challenge is to move from one disappointment to another while keeping in touch with both reality and enthusiasm. It takes courage to face reality.

What makes you vulnerable?

It is your relationship with your narrative. Rigidity, on the one hand, blocks your openness to new facts, while lightness, on the other hand, will make you uncritical of ‘fake news’. The usual suspects responsible are your fears, doubts, and mistrust. They can make you so insecure and confused that you end up either holding too tight or too light.

You want to hold your narratives the Goldilocks style: Not too tight, neither too light, but just right. Flexibility of the mind is a key for healthy adaptation to new reality. The best way to counter your vulnerabilities is by means of self-awareness. Being aware of your unique filter, biases, and needs loosen their grip on you.

Is there a good way to cope with the truth?

Yes.  It was taught 2 500 years ago by Socrates in Greece.  It ultimately boils down to a curious and open mind. The Socratic approach is to inquire:

The great philosophers of the time advised beginning with examination of the self – unpack the narrative that imprisons you. Courageously examine your tightly held beliefs, myths, assumptions, memories, and more. 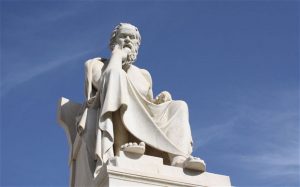 So before we rush to criticise Trump about his attitude to truth, let’s ask ourselves how open we are to getting feedback that risks distorting the self-image we are so attached to. Are we highly defensive? Do we use methods similar to Trump’s such as counter-attack, deflect, and deny?  Trump mirrors our weaknesses – another reason to dislike him.

The Socratic approach was so challenging to the people of his time that they sentenced him to death for corrupting the minds of people. They couldn’t stand the uncertainty he created by questioning the order of that time. People seek certainty, not doubts. It is no surprise that many people in nondemocratic regimes – e.g. Russia or China – find Trump very appealing. They share with him the poor tolerance regarding facts that clash with their narrative. With such poor tolerance, you end up hating scientists and reporters.

The irony with Trump is that by making the narrative more important than reality, he shares a worldview promoted by left-leaning ideologies, such as political correctness and postmodernism, which argues that: “Truth is a product of unique social and political interpretations”.

His scary approach to reality is characterised by selective attention, inflexibility,

a poor tolerance to complexity, impatience with processes, and a lazy attitude towards investigating facts. Mental health Professionals debated, in a series of articles published in the NY Times, whether he is mad or just bad… In the meantime, we hold our breath with the hope that our hunches be proven totally wrong.

For now, let the facts speak – his achievements and failures – rather than our narrative about him.

When the most powerful man on earth has reality issues, we are all required to compensate, much like children whose parents have gone mad. We need to strengthen our connection with reality and sharpen our critical thinking.  The Trump phenomena can be seen to serve as a wake-up call to us on both the personal and the political level.